The Great Road Trip Adventure of 2010

Wow, it sure has been a long time since I've posted, but life has been CA-RAAAAAY-ZEEEEE for the last few months.  A quick summary of what's been going on: 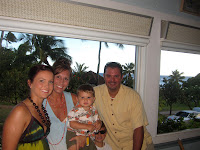 2. while we were gone, Rip got a job after being unemployed for 7 months

3. a week after returning from vacation, our house was on the market and Rip moved to TN 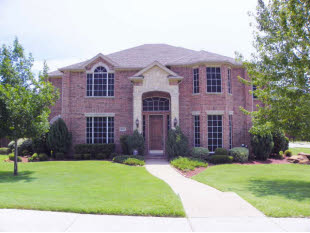 4. I stopped tutoring and turned my beloved business over to someone else

5. it was like 106 DAILY and I was alone with the kids in TX trying to keep the house clean for showings. OH, AND BY THE WAY, I was losing my mind in the process.

Seriously. No husband around, no adult company, no job, no childcare, no ability to take the kiddos outside because of the heat. Not a lot of fun. So I hatched a plan. . .

Since we had nothing else to do, I planned a month long road trip.  People, you have to be a little messed-up-in-the-head (if you know what I mean) to take two small children on a cross-country road trip by yourself.  But I've always been a bit wacko, so it seemed like a great idea. . .and in all honesty, it was a blast.  It was planned meticulously, so that we'd have well-timed and pre-selected places to stop, eat, use the facilities, etc.  Here's what we did on the first few days:


had a picnic lunch at a lovely park in Texarkana, TX, 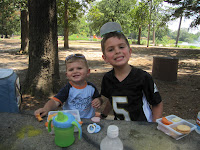 arrived in Little Rock, AR in time to see the famed March of the Ducks, 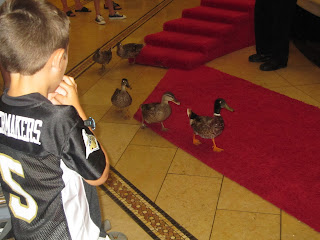 trashed hung out in our room at the Peabody Hotel 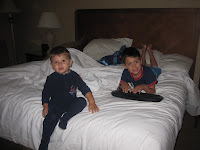 stopped by our old house in Little Rock, and even managed to WALK THROUGH the house! 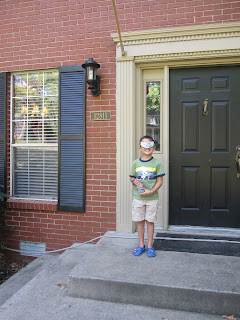 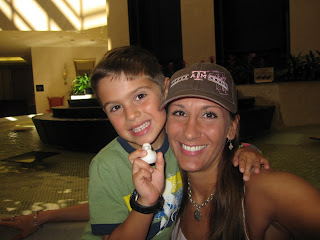 and stop at the Casey Jones Railway Museum in Jackson, TN for an afternoon 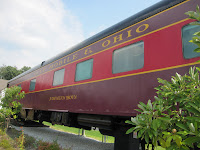 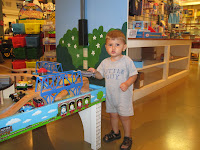 I was so happy we had embarked on the insanity of the trip. . .the time I was spending with my little boys was so priceless.  ﻿Up next?  Nashville, Tennessee!
Posted by Kristen at 9:31 AM