It's the Great Pumpkin, Charlie Brown!

We went to the PUMPKIN PATCH as a family!  "Nana" (aka Christina, or sometimes ChristinaBobina) came to Indiana to visit, so a festive trip to the local pumpkin patch was in order. 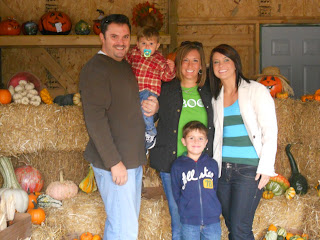 Actually, it was a pumpkin FARM. 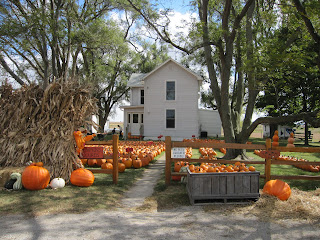 Well, actually, it was a CUCURBIT farm.  I had to ask my mom what that was, and then I looked it up just to confirm.  Just so you know, it's "a member of the gourd family."  So, squash, pumpkins, cucumbers, and watermelons would count.  But there were no watermelons.  Just a whole buncha pumpkins.  Not sure how often anybody needs to know how to use the word "cucurbit," but it's certainly a good conversation starter.  Or stumper!!  Tee heeeeee!

(P.S.  Mom was totally right on about the definition.  How do moms always know this stuff?  Kudos to you, Mom!!) 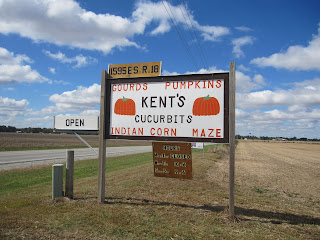 Both of the boys were almost as excited about the wheelbarrow as they were about the pumpkins.  Although I think Mason would have liked to take one of these 400 pound beauties home! 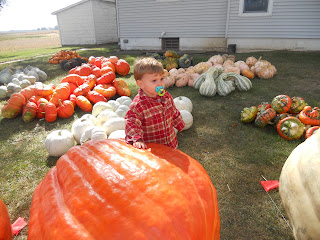 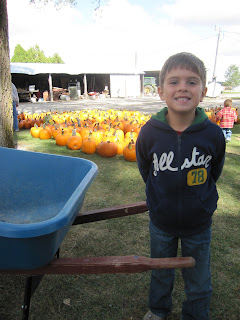 Sadly, while we each chose a pumpkin, we never managed to get them carved.  I was SO excited about my three cute little white pumpkins. . .I had big plans to paint them.  But somehow, we juuuuuuust couldn't get around to it.  Maybe we'll make pies out of them for Thanksgiving.﻿
Posted by Kristen at 5:16 PM